Everyone was very excited when Dremel began to introduce their cordless tool line because it proved how much we disliked getting tangled in short wires while working with wood.

Since they created lithium-ion battery-powered rotary tools, though, some consumers have expressed minor worries about how the tool works. The most frequent problems reported were small issues, such as the Dremel keeps shutting off, turning off while operating, or refusing to turn on while working.

Even though there may be a number of causes for the tool to shut off or not turn on, identifying the issue would only require a few checks. Let’s talk about the cause of Dremel’s abrupt shutdowns, which are interfering with your work, and try to find a solution.

People expect rotary tools for woodworking to operate easily and smoothly when they buy them. Without a doubt, Dremel woodworking tools have become well-known for their superior performance and customer service. However, such tools occasionally exhibit malfunctions for the reasons that we have listed below.

What Could the Causes Be?

If your Dremel is interfering with your work by abruptly shutting off in the middle, look into these possible explanations.

This will become a problem if you use a corded Dremel tool rather than a cordless one. If you’re using the battery-operated Dremel you can avoid this one.

Starting with the most frequent and straightforward problem. It’s possible that the issue is not with the tool itself or an internal malfunction, but rather with the power or the outlet.

The adapter becoming loose and repeatedly disrupting the tool’s power connection is the first likely cause. Because of this, even the slightest pressure on the cord while you’re working can cause the connection bridge to break.

The insufficiency of voltage may also be to blame. Do your electrical outlets have at least 200 volts of voltage? A Dremel will likely require this in order to function. Check to see if the electrical outlet itself is defective or if there is a problem with the voltage going up or down. Just to be sure, you can try plugging the device in somewhere else.

The battery is the second area of concern. The battery connection can occasionally become loose after the tool has been broken or dropped a few times. Although it might seem possible, the looseness will result in the tool frequently turning on & off. Check to see if the batteries are outdated and that the connection between the battery and the tool is secure and undamaged.

One of the most frequent problems is a partially charged battery. The battery has a brief lifespan and can lose power when unused for extended periods of time.

Battery drain can also be brought on by excessive use. In either case, you must check to see if the battery is fully charged. A Dremel rotary tool typically requires a few hours to fully charge; however, you can check the manual to see how long it takes for your particular tool.

Try to recharge the battery again; it might require more time than suggested.

Read: Why Dremel Lite 7760 Not Charging

The thermal cutoff switch is absent from some Dremel rotary tools. When a tool is used too much, it can occasionally create a thermal load, which leads to a thermal break close to the motor. It indicates that the thermal breaker that powers or energizes the motor is damaged or malfunctioning. Your Dremel may abruptly shut off several times while you are working on something. It’s known as thermal overload means overheated and stopped working as like as Dremel 4300 overheating.

Moreover, after prolonged use, your Dremel tool may frequently shut off due to overheating. Due to internal technical issues, it may be smoking or burned out.

Overuse can cause the tool to malfunction or suddenly shut off. Although it’s unlikely, it is still theoretically possible for it to turn off when it heats up.

The brushes being stuck are a very likely cause of your Dremel turning off. Sometimes the brushes can become stuck or clogged and stop contacting the commutator. Occasionally, the slots holding the brushes become blocked up, stopping the springs from fully extending the brushes to the armature.

Another potential cause of the shutting-off issue is the fuse between the brush and the speed-control switch. To further investigate, you can see if the fuse is blown or something similar.

When dealing with a stuck brush, try using a cotton swab and a single drop of lubricant to clean the dirty brushes. The debris frequently causes the brush to become clogged. In such cases, it is critical to keep the item clean. Plus, check the vents to see if they are clean and not dusty. To achieve peak performance from the tool, proper ventilation is required.

The real question now is: What should you do if (Dremel 8220 not turning on as like as other models) you encounter these issues? We’ll go over the steps step by step for any of the similar problems mentioned above because the procedures are generally the same.

Unplug the device first, then start making reasonable assumptions by quickly scanning it from top to bottom to check if there’s any visible damage.

Now, you need to break the thing open. Remove the clips and screws with the screwdriver’s assistance. Once all of the screws have been removed, separate the two parts. Try not to break it because it will be costly to your wallet. After that, take out the motor so you can examine it first.

Check each component carefully after you’ve broken it off and opened the structure. There is a good chance that the problems occurred from mechanical damage if there is noise coming from the device.

To Repair the Motor (New Dremel Won’t Turn on):

Start with the motor. If the motor is defective, it is best to replace it or replace the tool; this is the better alternative strategy. There is only one option if the motor is totally smoked or the wires are completely burned off: replace it.

To Repair the Brush:

You must take specific actions in order to fix a stuck brush.  Use a screwdriver or other similar tool to break the object off, then push the stuck brush to unblock it. Check the brushes carefully to see if there are any creases or other damage. If they appear functional and are not worn down, you are good to go. If not, the brush must be changed for the device to work.

To Repair the Switch:

Switch off the tool and remove the caps and brushes to repair the Dremel switch. The hanger must next be taken off, and once the screws are out, you can lift the shaft. There are two wires on the back of the switch. By connecting the cord to the switch, you must carefully unplug the wires.

After that, you will attach the wires to a fresh switch to swap out the broken one. Make sure the white and black sides are attached to the left and right-hand sides as the power switch is facing before inserting the wires into the new one.

Once you’ve finished and identified the problem’s source, you can either fix it or decide to switch to a new one. After the repairs are finished, you must put this item back together like a puzzle. The quickest way to do this is to recall where each screw, clip, or clap was placed. The only thing left to do is make sure the pieces don’t get lost and screw the thing shut.

Can you use the Dremel while charging it? 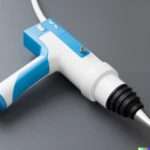 The tool can still be used while charging, but it won’t continue to charge while it is in use because the charging function will be interrupted. For your certainty, using the tool while it is plugged in carries no chance or risk of damage.

How to know if the Dremel is fully charged? 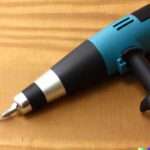 The majority of Dremel rotary tools have a charging indicator to let you know what stage of charging the battery is at. A green LED light will be on the entire time the battery is charging until it is fully charged and you are ready to go!

Why is the Dremel making a screeching noise? 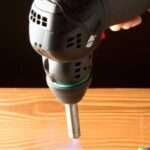 In most cases, if you hear a screeching sound from the tool or if it is too loud, there’s a possibility of a mechanical malfunction inside. Typically, squealing sounds come from the rotary tool when the brushes are jammed or worn out. Dremel recommends replacing the brush after 65 to 70 hours of use.

That’s all you can do when your Dremel rotary tool abruptly shuts down and disrupts your work. Such minor issues can be caused by any number of factors, but you can easily resolve them without blaming the brand entirely.

Even after the repair process is complete and no solution is found, it is preferable to seek professional assistance or take it to a store rather than wasting time and energy wondering why the Dremel keeps shutting off!

Welcome to Wood Critic. M T Hossain, A Licensed Engineer. I am passionate about all things related to Home specially wood related items and DIY guides to help you out. Over at WoodCritic, I’m building a wholesome catalog that will answer all your queries, reviews, advice and DIY guides.

You can read more at about me and also can contact me.